Summer in Southern California is hot and when it comes to managing your facility's garbage, heat can exacerbate garbage odors. Customers and residents will respond negatively to unpleasant odors, so we're sharing our four favorite tips for keeping funky smells at bay.

One easy way to reduce dumpster odors is to tightly seal garbage in individual plastic bags. Avoid overfilling bags (especially if they contain food) and double bag when needed. Some of your facility's garbage may already be collected in can liners, but it's important to consider whether the liners you use can withstand the pressure and weight applied inside a dumpster.

Read More: Four features for choosing the right can liner

Even waste that is not usually collected in a liner, such as cardboard, may be best disposed of inside a sealed bag. This is especially true if the garbage will be exposed to moisture, which will encourage stinky bacteria and mold to grow. Remind staff and residents to never leave garbage outside the bin and always keep the dumpster lid closed when there is garbage inside.

Moisture is a major culprit when it comes to dumpster odors. Bacteria and mold thrive in warm, moist environments and they bring bad odors along. If possible, keep liquids out of the trash bags and the dumpster.

If moisture does enter your dumpster, you can "air it out" by leaving the lid or side doors open for several hours on dry days. At first, this may amplify the smell, but as the dumpster dries out, it will reduce odors over time. To avoid attracting rodents and other large pests, it's probably best to only air out a dumpster that has just been emptied and to shut the doors tightly at night.

3. Use an odor fighter

Following a scheduled pickup, the area inside and surrounding your dumpster can be treated with a product specially designed to combat nasty odors. Drying agents that have some odor fighting properties include baking soda or cat litter. Try sprinkling a few cups in the bottom of an empty dumpster.

At Maintex, our favorite dumpster odor solution is L.O.D. Liquid Odor Digester. This formula digests grease and organic waste to eliminate bad odors at their source. Remember to dilute it before using and allow it to air dry before adding any trash to the dumpster.

Even if you take all of the steps above, raccoons, mice, or feral cats may still rip open your trash bags in search of food, ruining all of your hard work. For small rodents, consider adding a drain plug over the rear drain so it cannot be used as a back entrance. To deter larger animals, consider motion-sensor lights. You can also try applying taste-deterrents like bitter apple spray to discourage animals from returning to dine.

For facilities that produce a lot of food waste, like grocery stores and restaurants, one alternative to consider is composting. Many plant and paper items can be composted. Under proper supervision, even meat and animal bones can be turned into soil. Not only is composting beneficial for the environment, but less food waste will attract less pests

Managing dumpster odors in hot summer weather isn't easy, but it is possible. Treat your dumpster regularly with odor fighting chemicals, reduce moisture as much as possible, tightly bag and seal all waste, and choose a few tactics to manage pests. With these four strategies, you're well on your way to reducing bad odors and keeping your customers' noses happy. Speak to your Maintex representative today for more suggestions about odor control.

Maintex is an industry-leading manufacturer and distributor of high quality janitorial supplies, cleaning chemicals, tools, and equipment in Southern California. We stock thousands of facilities items and offer a full range of cleaning programs, comprehensive training, and customized solutions. 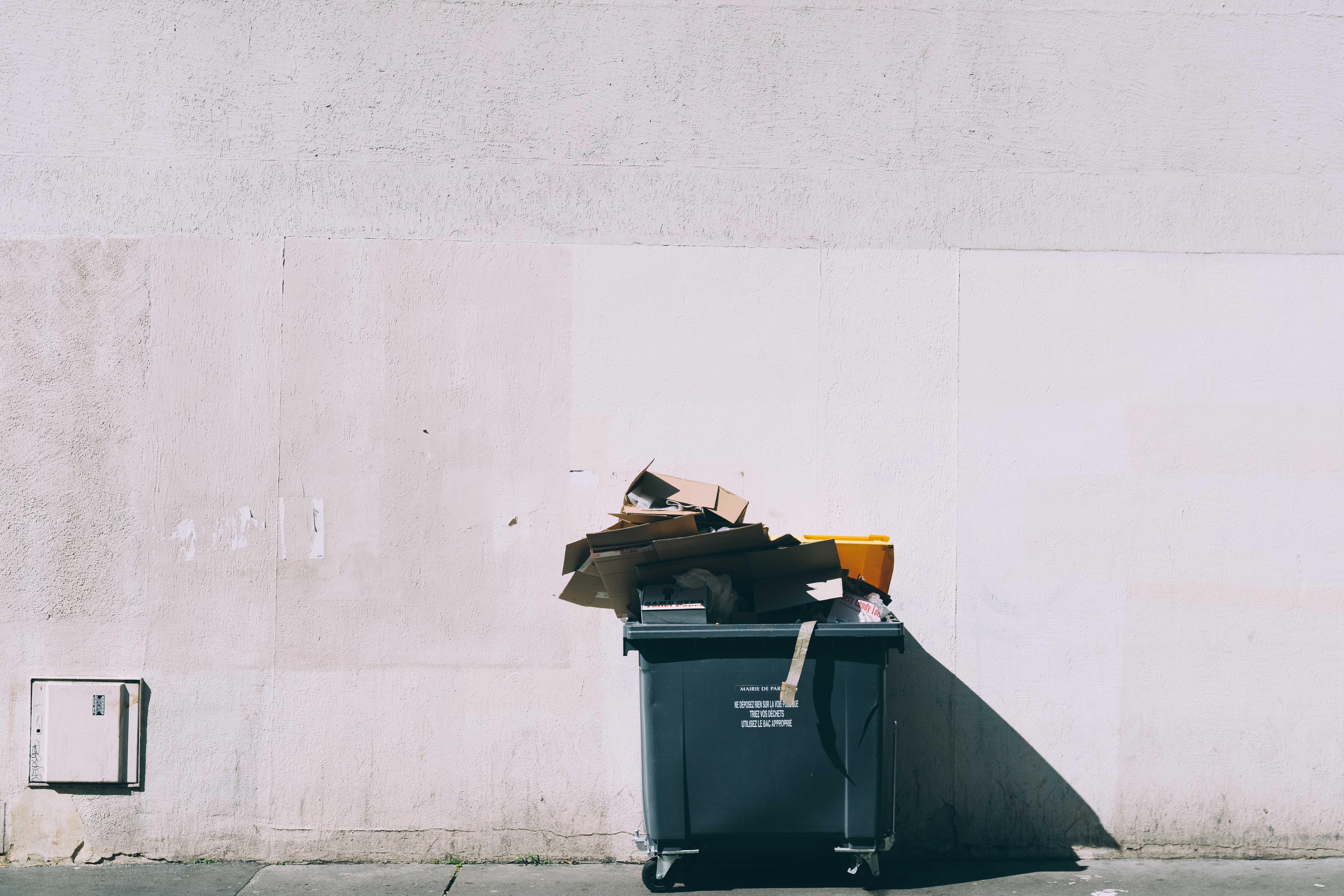 Use the Maintex online store to place orders anytime of day or night.

The Maintex Cleaning Academy is a free online resource in English and Spanish featuring instructional videos, guides, and knowledge quizzes.